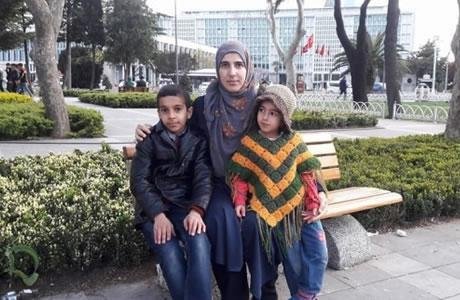 The wife and two children of a Kurdish activist were arrested by agents of the Intelligence Department on Saturday, March 3, 2018.

Kurdish activist Barzan Faroughi comes from Marivan in Iranian Kurdistan. He had to leave the country and seek refuge in Turkey due to the regime’s pressures and harassment.

His wife and two children had travelled to Turkey to visit him, but were arrested upon return home.

Mr. Faroughi said, “Intelligence Department agents arrested my wife, Shetaw Faroughi, and my two children – Mohammad, 13, and Ala, 5 – upon return from Istanbul at the Airport of Tabriz. My son was arrested while his arm and leg had been broken in an accident. Mohammad and Ala were released after three days, but Shetaw has been taken to the detention center of the Intelligence Department in Sanandaj and remains there.”

Iran: Tehran U student, Leila Hosseinzadeh, to be jailed 6 years