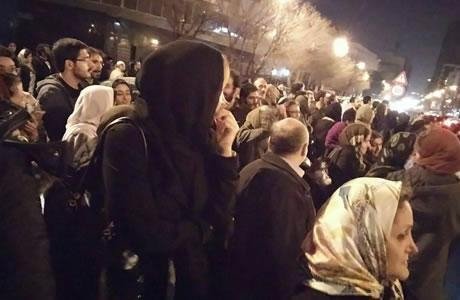 More than 80 Iranian women and men were arrested during the gathering on the International Women’s Day in Tehran outside the Labor Ministry.

To prevent the IWD gathering, security forces brutally attacked the early participants using batons and shockers. At least 59 women and 25 men were arrested.

Thursday night, March 8, the families of those arrested gathered outside the SSF Station on Tehran’s Vozara Avenue, demanding freedom of their children and relatives.