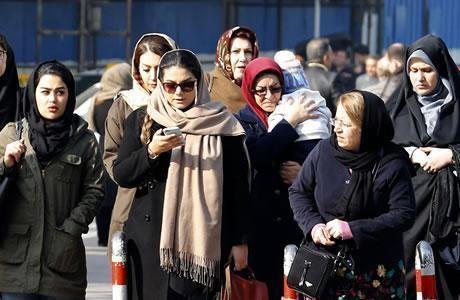 Women who protest the compulsory veil have been “deceived” and their acts are “small”, said the mullahs’ supreme leader Ali Khamenei in a speech on the International Women’s Day, March 8.

He told a gathering of mullahs, “(The enemies) spent so much money, thought and launched propaganda so that a few girls get deceived and remove their veils here and there. All their efforts were summed up in this small and petty outcome.”

He called for dealing with women protesters and said, “Whatever is done on the streets and in public is actually a public work and teaching. So it obliges a regime that is based on Islam to comply with its duty.”

Calling the women’s protests to the compulsory veil as “small” for which many of whom are still in jail and under torture, had a social backlash and people widely reacted in defense of women and against Khamenei in the social networks.

In another development, Tehran’s Prosecutor Jaafari Dowlatabadi announced that the Police will carry out its duty against mal-veiled women. He has issued written instructions to impound the cars whose drivers do not wear the religious veil. According to Police, 3120 cars have been impounded over the past two months. (The state-run Mizan website, March 7, 2018)

In Dowlatabadi’s view, one of the ways for promoting the compulsory veil is Iranian society is through “promoting good and forbidding evil.” The vice patrols are those who harass and intimidate Iranian women round the clock on the streets.