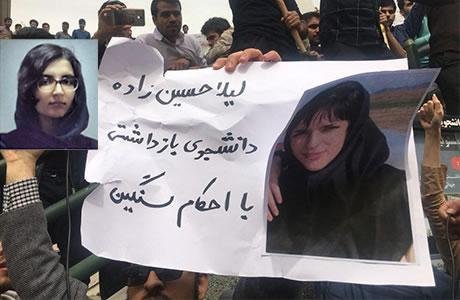 The gathering was attacked by Bassij club wielders at the university.

Parisa Rafii, a student of photography at Tehran University’s School of Fine Arts, was arrested on February 25, 2018, and remains in detention after two weeks.

According to her relatives, Ms. Rafii has been arrested by the IRGC Intelligence and is confined in a solitary cell. She was informed of her charges on March 4, but has been kept in detention.

Pursuant to her family and lawyer’s inquiries, she was finally allowed to sign a power of attorney and contact her family.

Iran: Zeinab Jalalian sends IWD message from inside her cell