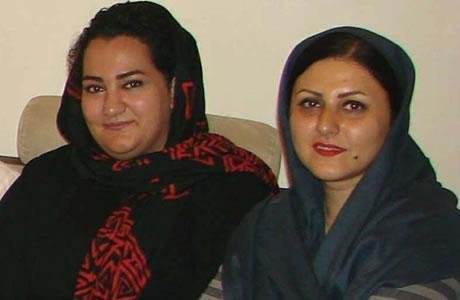 The lives of political prisoners Atena Daemi and Golrokh Iraee are in danger in Qarchak Prison.

Sunday, March 11, 2018, a group of prison staff broke into the room where Atena Daemi and Golrokh Iraee are imprisoned in Qarchak Prison, insulting and humiliating them in bid to compel them to move to the ward of mothers.

Ms. Daemi and Ms. Iraee refused to comply and declared that they would not move into the wards until the reason for their exile to Qarchak is clarified.

The staff left the room, threatening to use force to relocate them.

The next day, 18 dangerous prisoners were taken to the quarantine hall to terrorize, insult and attack the two political prisoners, but were prevented by 13 new women prisoners.

Finally, prison guards entered the quarantine ward and dragged the two prisoners by force to the mothers’ ward.

The incident was reported by Atena Daemi in a telephone contact with her family on Monday, March 12, 2018.

According to Ms. Daemi, Golrokh Iraee is in critical physical conditions and has lost 13 kilograms. Her blood sugar and pressure have dropped and she suffers from kidney problems.

The Daemi family said as they were talking to their daughter, a man’s voice was heard who was insulting Atena and telling her that she must not have called. And their contact was abruptly disconnected.