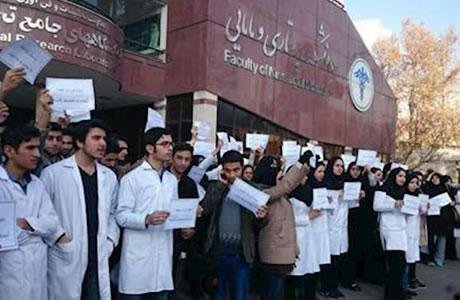 The staff of Persian Gulf Hospital in Boushehr, southern Iran, staged a protest on Wednesday, March 14, 2018, against non-payment of their past due salaries.

This is one of the most important hospitals in Boushehr Province but has been entangled in financial problems for some time. The staff of this hospital have staged a number of protests for having not received their salaries.

In August, the staff and employees of the Persian Gulf Hospital went on strike because they had not received their past due wages.