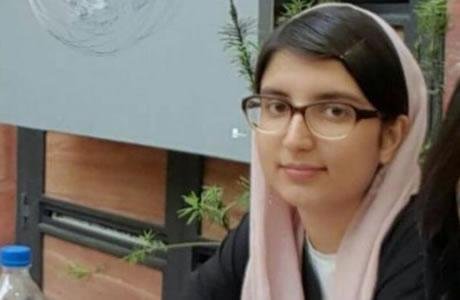 Iran: Parisa Rafii remains in detention for not cooperating

Despite completion of preliminary investigations and interrogations of student activist Parisa Rafii in Evin Prison, she has not been released because of what her interrogator describes as “lack of coopration.”

Paris Rafii, a student of photography at Tehran University’s School of Fine Arts, was arrested as she was leaving school on February 25, 2018, and transferred to Ward 209 of Evin Prison.

One of Ms. Rafii’s friends said, “The interrogator contacted Parisa’s father and said if she does not cooperate, she will not be released. In another contact, he warned her father that by giving interviews they only delay their daughter’s freedom.”

Although the court has accepted a lawyer for Parisa Rafii, but he has not been permitted to see her case or visit her in prison. The lawyer said, “We know that she has been under interrogation, and that she has been informed of her charges, but we do not know exactly what her charges are, because we have not visited her. In her brief telephone contacts, she could only say that she is fine.”

Iran: A woman, her two sons, arrested in Ahvaz