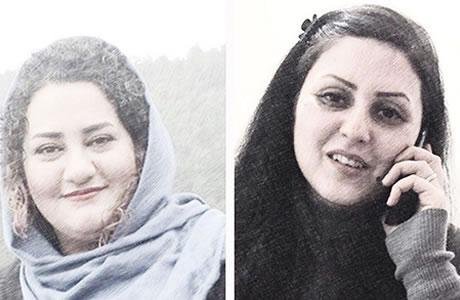 The statement said, “On 12 March, the two defenders were reportedly beaten by riot guards following a disturbance, and then transferred to the general ward of the prison.”

The experts noted in their statement, “We have attempted to initiate a dialogue with the authorities on this issue, to no avail. We call for the immediate release of Atena Daemi and Golrokh Ebrahimi Iraee, as well as the release of all those who have been imprisoned for exercising their rights to freedom of expression and peaceful assembly.”

The experts also called on the authorities to ensure the two women were given access to appropriate medical care.

They said the actions had broader ramifications, instilling a sense of fear and creating an environment hostile to public debate and the free exercise of rights.

“Their cases are illustrative of a continuing pattern of harassment, intimidation and imprisonment of those undertaking peaceful and legitimate activities in the defense of human rights and prisoners of conscience, often through using vaguely worded or overly broad national security-related charges,” they said.

The experts called on the authorities to carry out a prompt and impartial investigation into the allegations of beatings, and to ensure accountability for such actions.

Iran: Acid attack on a young woman in Tabriz