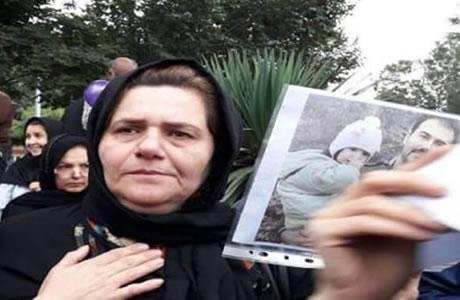 Iran: Suffering mother of Soheil Arabi spent turn of the year outside prison

Mrs. Farangis Mazloumi, mother of the political prisoner Soheil Arabi, set up her New Year arrangement (Haft seen) outside the Greater Tehran’s Prison and declared that she will not celebrate Nowruz until her son is freed.

Mrs. Mazloumi has not celebrated Nowruz for four years since her son was arrested and imprisoned in 2013.

Many families of political prisoners went to prisons and set up their Haft Seen arrangement for Nowruz outside prisons where their children are imprisoned.

Soheil Arabi has been sentenced to death for writing posts on social media against the regime.

Mr. Arabi started a hunger strike on January 24, 2018, in protest to the beating and unlawful transfer of political prisoners Atena Daemi and Golrokh Iraee from Evin to Qarchak Prison.

He was on dry hunger strike when on March 17, 2018, he was badly beaten up by prison guards. He suffered heavy blows to the head and was suspected of brain damage.

Upon the request of her mother and mothers of political prisoners of the movement seeking democracy and equality, he stopped his hunger strike after 55 days at the turn of the New Persian Year.

Iran: 28 nurses brutalized in one year