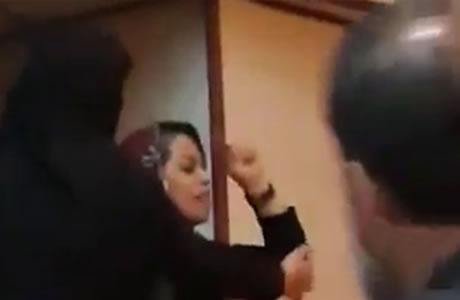 Iran: Woman prevented from singing at a concert

A young woman singing for a traditional Persian music group was prevented from singing on March 17, 2018, at a concert in Karaj.

The young woman was singing when agents of the State Security Force entered the hall and ordered the group’s leader to stop the woman from singing otherwise they will not be permitted to perform their concert.

A courageous woman among the audience protested the audience and everyone present in the scene who did not show appropriate reaction in defense of the young woman singer.

Women in Iran are banned from singing and performing in public and on many occasions, concerts have been cancelled or female members of the orchestra ordered to leave the stage befor starting the concert.

Iran: Acid attack on a young woman in Tabriz