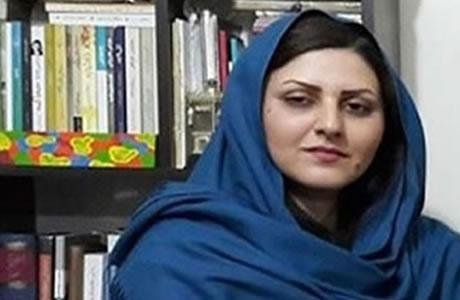 Ms. Iraee has lost 20 kilograms and is suffering from various symptoms of hunger strike including kidney dysfunction and swelling of her legs.

Ms. Iraee has been on hunger strike since February 3, 2018, in protest to her unlawful exile from Evin Prison to Qarchak Prison, in violation of the principle of separation of prisoners of different categories, on January 24.

Four UN experts issued a statement on March 19, calling for immediate release of political prisoners Atena Daemi and Golrokh Iraee. They expressed alarm at the beating and mistreatment of the two prisoners. They said their efforts to have dialogue with the Iranian regime on the situation of Atena Daemi and Golrokh Iraee have proved to be futile. They said, “Their cases are illustrative of a continuing pattern of harassment, intimidation and imprisonment of those undertaking peaceful and legitimate activities in the defence of human rights and prisoners of conscience, often through using vaguely worded or overly broad national security-related charges.”

Also on March 15, Chair of the Human Rights Subcommittee (DROI) of the European Parliament, Mr Pier Antonio Panzeri (S&D, IT), expressed alarm by the detention of two women human rights defenders in Iran. He said in his statement:

“I am gravely concerned by the detention and reported cruel, inhumane and degrading treatment of Atena Daemi and Golrokh Ebrahimi Iraee at Shahr-e Rey prison.  They are regarded as prisoners of conscience by credible human rights organisations. They are serving lengthy and unjust prison sentences that were handed down solely for their peaceful human rights work.

“Therefore, I urge the Iranian authorities to release them immediately and unconditionally.

“Golrokh Ebrahimi Iraee and Atena Daemi should also be given urgent and adequate medical attention and care due to their fragile and deteriorating state of health as a result of their lengthy hunger strike and ill-treatment, including previous harassment and physical attacks by other inmates and guards. I call on the prison administration and the relevant authorities to guarantee regular contacts with family members, including prison visits and phone calls. I also call on the authorities to take immediate steps to improve the detention conditions and facilities at Shahr-e Rey prison.”