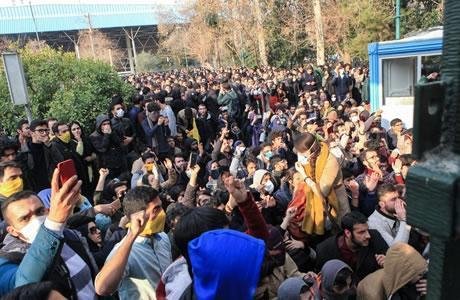 A young woman, Roya Saghiri, 24 was tried and sentenced to nearly two years’ imprisonment. Seven other protesters who had also participated in the December-January Iran uprising were also put on trial simultaneously.

Ms. Saghiri and another protester, Nariman Validokht, were tried by the 2nd Branch of the Revolutionary Court of Tabriz and sentenced to 23 months in jail for disseminating propaganda against the regime and insulting the mullahs’ leader.

Ms. Saghiri is also accused of “appearing in public without the religious Hijab (veil) by removing her scarf on the street.”

Ms. Saghiri was arrested at Sa’at Square of Tabriz on December 31, 2017, and has been detained since in the Women’s Ward of the Central Prison of Tabriz, capital of the northwestern Iranian Province of East Azerbaijan.