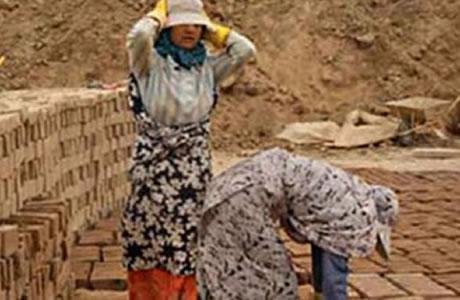 Child benefit has been deducted from women’s salaries and only housewives with three children can have insurance.

Sa’ii added, “We sought to provide insurance for all housewives, similar to developed countries where housewives enjoy certain rights. In light of the existing economic problems, however, it was not possible to implement such a plan and the government did not afford the additional expenditure, so they prevented the implementation of this plan.”

In the same interview, Zahra Sa’ii also revealed that child benefit has been being deducted from the payrolls of women heads of household since Autumn 2017.  The decision was implemented abruptly and the amount that had been previously paid to them were withdrawn at once from their accounts.  (The state-run Salamat News website, March 28, 2018)

Parvaneh Salahshouri, head of the so-called women’s faction in the mullahs’ parliament, had previously asserted that the New Year’s budget increases poverty rather than decreasing it. She said more than 30 per cent of the credit for insurance of housewives with three children and more had been cut. (The state-run ISNA news agency – December 18, 2017)