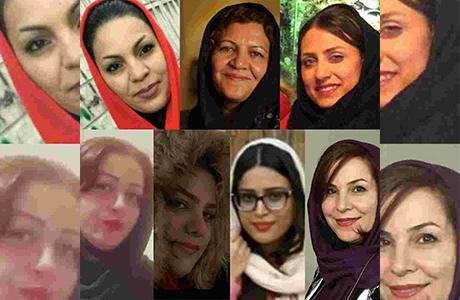 Amnesty International issued an Urgent Action on March 29, 2018, condemning the arbitrary arrest and ill-treatment of 11 women from Gonabadi Dervish religious minority. The statement reads in part:

At least 11 women from Iran’s Gonabadi Dervish religious minority have been arbitrarily detained in inhumane conditions, without access to their lawyers, since 20 February following the violent dispersal of a protest held by Gonabadi Dervishes in Tehran. Some urgently need medical care for injuries sustained from beatings at the time of their arrest.

On 19 February, security forces violently arrested at least 60 women from Iran’s persecuted Gonabadi Dervish community for participating in a protest in Tehran which turned violent after security forces resorted to beatings, firearm use, water cannons and tear gas to disperse the crowd. The women were taken to Vozara detention centre where they said they were subjected to intrusive body searches by female officers, intimidating interrogations, insults and yelling. In the following 24 hours, the authorities transferred 10 of the women to the quarantine section of Shahr-e Rey prison near Tehran and released the rest. Those transferred are Shokoufeh Yadollahi, Sepideh Moradi, Maryam Farisani, Nazila Nouri, Sima Entesari, Shima Entesari, Shahnaz Kiani, Maryam Barakouhi, Elham Ahmadi, and Avisha Jalaledin. After several days, an 11th woman, Sedigheh Safabakht, who was apparently held in Evin prison before, was also transferred to Shahr-e Rey prison. There are reports that some women are undergoing late-night interrogations involving verbal abuse and threats.

In recent days, women prisoners have complained that fumes have escaped from the drainage system, filling their rooms with foul odours. As a result, Shima Entesari, who suffers from asthma, has experienced severe breathing difficulties requiring supplemental oxygen. Additionally, eyewitnesses have said that security forces severely beat Shokoufeh Yadollahi at the time of her arrest, resulting in head injuries. The authorities have denied her access to medical care apparently after she refused to be transferred to hospital in handcuffs and leg cuffs.

Several hundred Gonabadi Dervishes, both men and women, gathered outside the residence of their spiritual leader, Noor Ali Tabandeh, in an area of Tehran known as Golestan Haftom on the night of 19 February to protest against the authorities’ intensified persecution of their community and to prevent the possible arrest of their leader. Those present at the protest reported that police and plain-clothes Basiji forces resorted to beatings with batons, electric cables and sharp objects, and the use of tear gas, water cannons and live ammunition to disperse the crowd, arresting over 300 people, including 60 women.