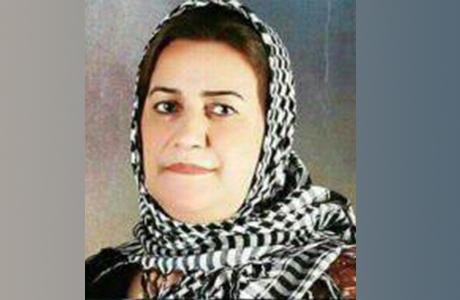 Kurdish activist woman, Ronak Aghaii, was taken to the Prison of Mahabad (Iranian Kurdistan) to serve her jail sentence.

Ronak Aghaii was arrested by intelligence forces in September 2017 and taken to Orumiyeh on the charge of “hoisting the flag of Kurdistan” in the gatherings of Mahabad residents in support of the referendum on independence of the Iraqi Kurdistan. She was subsequently sentenced to six months’ imprisonment. She was transferred to Mahabad Prison on Wednesday, April 4, 2018, to serve her sentence.

Dozens of people, including a number of women, have been arrested by Iranian security forces in the Kurdish cities of Sardasht, Shaqqez, Baneh, Sanandaj, Boukan, Divandarreh, Mahabad, Marivan, Sarvabad, Maku, as well as in Ilam, Kamyaran, and Qouchan following the Iraqi Kurdistan’s referendum on independence.