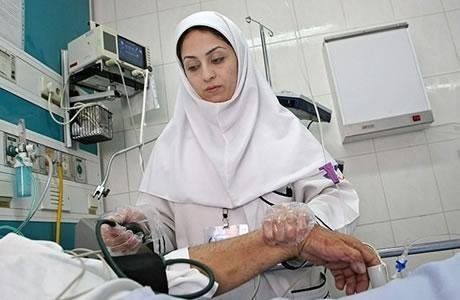 Iran: Despite serious shortages, nurses are going to Qatar

Despite shortage of at least 100,000 nurses in Iran, Iranian nurses are going to Qatar.

Ibrahim Mohammadi, international relations director of the Nursing Organization, pointed out that Iranian nurses are being recruited by the private sector in Qatar.

Mohammadi added, “This measure is taking place based on a memorandum signed by the Islamic Republic’s attache and the private sector in Qatar, according to which Iranian nurses get hired by medical centers in this Arab country.”

Criticizing the measure, Mohammadi said, “We must not allow our professional work forces leave the country so easily, while we are short of at least 100,000 nurses.”

He added, “A monthly salary of 3 million Rials of Qatar has been set for every Iranian nurse hired in Qatar, which is equal to 3.75 million toumans.” (The state-run Mehr news agency, April 10, 2018)

Hossein Raghfar, a researcher and university professor, declared in an interview that the absolute poverty line for a family of four living in the city is 4 million toumans. (The state-run ISNA news agency, April 7, 2018)

At least 17 nurses have died in Iran due to excessive pressure at their work place. While according to international standards every nurse has to attend to one up to four patients at maximum, an Iranian nurse attends to 15 patients, in the least.

Nurses staged at least 29 protests last year to demand their pastdue salaries, not paid from six to 11 months.