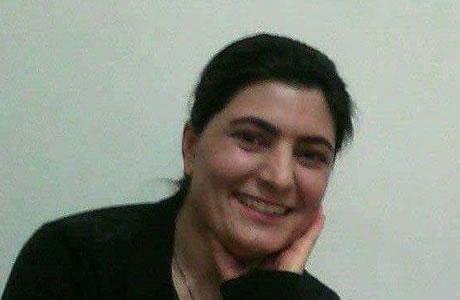 The physical condition of Kurdish woman, political prisoner Zeinab Jalalian has deteriorated due to gastrointestinal problems. Her medical strike is said to have contributed to the problem.

According to reports on Thursday, April 5, 2018, Ms. Jalalian has not been able to eat anything in recent days due to gastrointestinal problems.

Zeinab Jalalian has a life sentence. She has refused to break her medical strike – not taking any medicine – despite her family’s insistence over the past months.

A source close to the prisoner said, “She has not been provided the opportunity to have medical examinations over the past few years. She has personally called several specialist doctors in Tehran and asked for their counsel. Their diagnosis is that she suffers from thrush or oral candidiasis.”

Her father, Ali Jalalian, had earlier expressed concern over the condition of her eyes, saying, “It has been several years that I have been following up her treatment for several years. I have also referred tp the officials and had interviews. I told them that she has eye problem, intestinal problems, and she needs to receive treatment. She has been suffering in prison over these years, and nobody pays attention.”

Zeinab Jalalian, 36, has been imprisoned since 2008. She is presently detained in Khoy Prison, in West Azerbaijan Province and has not been granted any leave in the past 10 years.