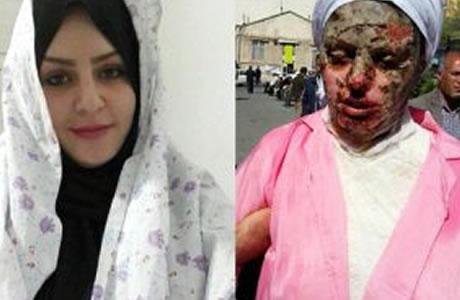 A young woman, 26, became victim of an acid attack on the eve of the Persian New Year.

Only 30 hours before the New Year, on March 19, 2018, Massoumeh Jalilpour, 26 from Tabriz, was acid-attacked by a man who supposedly wanted to marry her.

As a result of this incident, Massoumeh was injured in the neck, chest and waist and her vision was impaired.

The victim’s brother told news agencies that their family did not afford to pay for the expenses of his sister’s hospitalization and treatment, and sought help from the public.

He also asserted that the assailant had been set free and was continuing to call and harass their family.