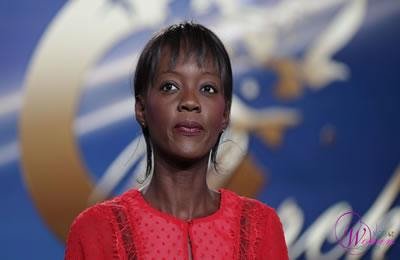 They thought Iran was a sleeping giant. They believed that Iranians were a happy people; they thought that with the nuclear agreement everything was settled. They deluded themselves of the probable opening up. They were incredulous, naive and cynical.

And the world will remember that in the beginning of 2018, everything started in Iran.

The world will remember that far from being a futureless uprising, these burning days in Tehran, Kermanshah, Izeh, Tuyserkan, Mashhad, Tabriz, bring the message of a revolution.

The world will remember that whether they are known or not, they have been the spearhead, the inspiration, the guide, the engine of the Iranian awakening.

The world will remember that their heroic sacrifice will not be in vain.

Anthropologist Margaret Mead said, “Never doubt that a small group of thoughtful, committed citizens can change the world.” This is how it has always happened. Yes, we who are your staunch supporters, have never been more proud of being by your side.

Yes, like yesterday when we were “Je suis Charlie”, we are now Iranians.

Iran is the face of Omid Ahmadi, a student activist at the University of Tabriz, a poet and a children’s rights activist, whose mother Akram Iman Golizadeh, is locked up in Tabriz prison.

Iran is always the face of Maryam Rajavi, the first of all resistance fighters targeted early in the uprising as the number one enemy.

We are here to tell the French government not to give in to the (Iranian regime’s) threats and to continue to protect a group that honors the French Republic.

Yes, those who have risen in Iran will not fail. We will be attentive and supportive; we will not be intimidated by repression or propaganda. No propaganda will make us forget the seeds of this popular uprising.

Nothing will go back to what it was before. Nonetheless, we have a duty, a responsibility, more than ever to stand by the Iranian people, and make them hear our support.

The regime is like a wounded lion but vulnerable. It is more dangerous than ever. The regime knows it survival is at risk. The regime heard the call of “down with the dictator” in the streets, so they know their days are numbered.

Make no mistake, this fight will not be limited to Iran; it is a struggle for history, for the world, for life, for freedom.

It is the freedom of all that is at stake in Tehran; it is our safety that is also at stake.

Courage to the women of Iran, the democratic force of Iran.

Courage to the awakened people of Iran and power to Mrs. Rajavi.

Iranian women must be admired for their courage - Aude de Thuin