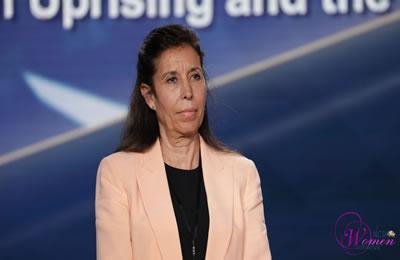 I want to thank you for this valuable opportunity to be here again, this afternoon, to praise the courage of Iranians who are going out to the streets to say “enough” to a totalitarian regime.

I am convinced that there is a before and an after in the history of Iran, written unfortunately with the blood of brave Iranians, but knowing that this uprising is a new hope towards a path that seemed long.

And this journey has made me think of a great defender of human and civil rights, who left us a great legacy which we must not forget: Martin Luther King. “Freedom,” he said, “is never voluntarily given by the oppressor; it must be demanded by the oppressed.”

Madam. Following all these years of efforts by all our Iranian friends to realize their much desired freedom, and by those who love freedom and believe in democracy, we have to be by their side, and give them our full support.

For that reason, Mrs. Rajavi, it is an honor for us to be able to offer you and the movement you represent, the first INCO Human Rights award, the ARETÉ award, approved by the Council that I preside.

This is an award for excellence, for your tireless work for freedom of your people, your calls to have the attention of everyone at the Council of Europe, the European Union and its Member States, for the release of prisoners after the last demonstrations, as well as the imperative to create a Commission to investigate the disappearance of 30,000 Iranian political prisoners in 1988, and to prosecute those responsible for crimes against humanity.

This recognition is in memory of all those men and women of Iran who have sacrificed their lives for freedom, such as Fatemeh Mesbah who was executed at the age of 13 without being able to see her dreams, Soraya Abolfathi who was pregnant at the time of execution by the regime, and so many others who gave their lives for a glorious tomorrow that we are sure to see, soon.

All of those members of your movement who are not with us today, are present in you and in your courage, Mrs. Rajavi.

I know you will achieve freedom, because you have the support of many Iranians, and all of us who want that freedom as much as you do. And we stand by you.

And you always have the support of many people from Spain who are not here, but defend and will defend those freedoms for a people that deserves it.

We can and must help the Iranian Resistance - Margarita Duran Vadell