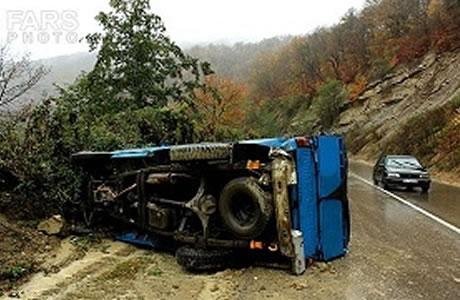 Seven women were wounded when the car they were travelling in turned over on the road in northern Iran.

In the morning of Sunday, April 15, 2018, a Nissan Patrol had an accident, rolling over on the road from Ghaemshahr to Babol and leaving seven women workers wounded. They were transferred to hospital.

The spokesman for the National Emergency Room said it is not clear why the car turned over. (The state-run Salamatnews.com – April 15, 2018)

Last year, there were a number of road accidents in which innocent girl children who were travelling on a science tour, got killed.