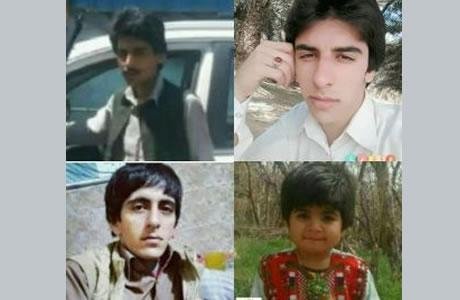 A young girl, 3, was among the passengers of a car targeted by the State Security Force in Delegan, in the southeastern province of Sistan-o Baluchistan.

The four passengers of a car were shot to death by the SSF on Thursday, April 12, 2018.

Moslem Bameri, 27, his brother, a friend and his three-year-old neice, Hasna Bameri, were in a gas station when the State Security Force opened fire and killed them.

Moslem Bameri was being followed by the SSF for throwing stones at an SSF station and “disrupting the order” in February.