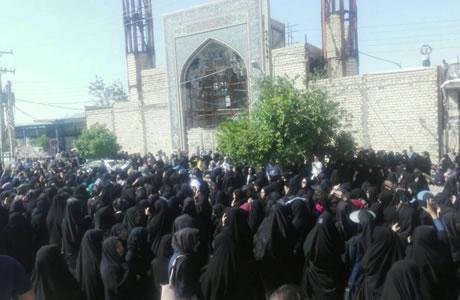 Iran: Women’s extensive participation in the protest in Kazeroun

Thousands of residents of Kazeroun, one of the major cities of Fars Province in southern Iran, staged a huge demonstration for the third consecutive day in the city’s main square. Women’s presence in this protest on Wednesday, April 18, 2018, was active and remarkable.

Countering the security forces’ efforts to make arrests, women chanted, “Do not fear, do not fear, we are together.” In another instance they chanted, “We have had a revolution, so we will not accept to be humiliated.”

The people of Kazeroun have been protesting proposals made by local officials to divide the city. While some officials including the City Council, the Friday Prayer leader, and some state-run media have declared any form of gathering illegal until the decision to divide the city is finalized.

To see images of this magnificent demonstration, click on the videoclip below.