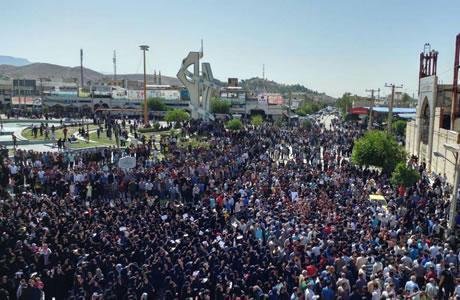 Residents of Kazeroun, in souther Iranian Fars Province, including a remarkable number of brave women continued their protests against segregation of the city for the fourth consecutive day.

Thursday, April 19, 2018, thousands of protesters including a large number of women braved heavy security forces presence and anti-riot units and marched in the city’s main square. They chanted, “We are fighting women and men, we fight against segregation.”

Kazeroun’s City Council, Friday Prayer leader and state media have declared that all gatherings and demonstrations are illegal until the status of the city of Kazeroun is finalized.