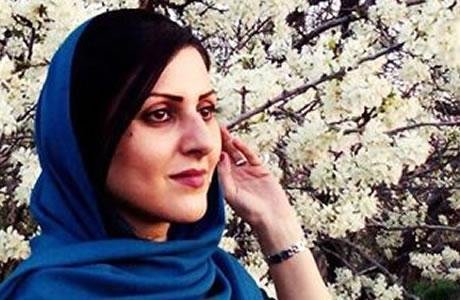 Political prisoner Golrokh Iraee refused to accept officials’ promises to break her hunger strike in return for being sent back to Evin Prison. She accused them of giving false promises.

After 77 days of hunger strike, Ms. Iraee is in dire physical condition and is hospitalized under heavy security measures. On Tuesday, April 17, 2018, she accepted to have IV injection of serum in the wake of repeated appeals by civil rights activists and mothers of martyrs and political prisoners.

She still refuses to break her hunger strike or take vitamins.

A writer and a human rights activist, Ms. Iraee has been sentenced to six years in jail for writing an unpublished book on the cruel punishment of stoning.

On January 24, 2018, Ms. Iraee and her fellow inmate, Atena Daemi, were brutalized and transferred unlawfully from the Women’s Ward of Evin to the notorious Qarchak Prison in Varamin. They started their hunger strike on February 3, 2018, in protest to the regime’s breach of the principle of classification and separation of prisoners and their illegal exile to Qarchak. They demand being returned to Evin Prison’s Women’s Ward.

Ms. Iraee had been released from prison last year after her husband, Arash Sadeghi, staged a 72-day hunger strike protesting the illegal arrest and detention of his wife. But she was re-arrested shortly afterwards and returned to the Women’s Ward of Evin.