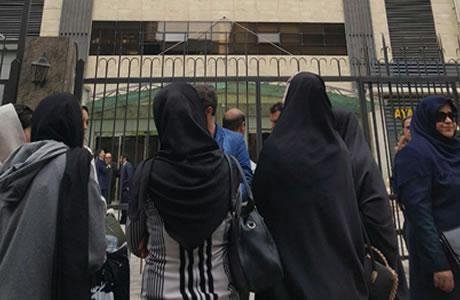 A large number of women were among the plundered clients who staged protests against Afzal Tous financial institute in Tehran on Saturday, April 21, 2018.

The protest had been staged for several consecutive days. Angry women gathered outside the company’s branch in Argentine Square and strongly protested the institute’s thievery.

Security forces present in the scene prevented filming of the protest.

Women have participated in at least 150 protests since April last year against swindling of their savings and deposits in various fraudulent financial credit institutes across Iran, but none of their demands has been met by the government, so far.