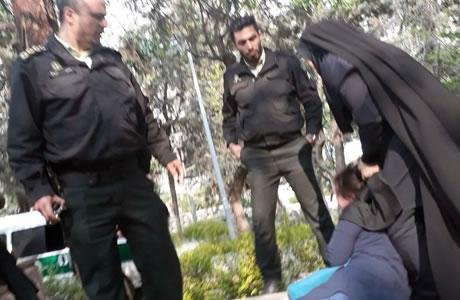 Iran: Beating of women imperative to impose the compulsory veil

The clerical regime’s Judiciary Chief said beating of young women by the State Security Force was imperative and within the guidelines of religion and law.

In remarks published on April 24, 2018, Sadeq Amoli Larijani, head of the Judiciary, stressed on the need for the State Security Force to act within the framework of law and religion. He reiterated, “One must not allow anyone to resist against the SSF’s legal measures or insult its agents. The SSF must not back down whatsoever.” (The state-run ISNA news agency – April 23, 2018)

The state-run Kayhan daily which reflects the views of the regime’s supreme leader, Ali Khamenei, also wrote that the SSF officers must be praised.

The SSF’s beating of young women in Tehran was widely covered in the world media and met vast criticism.