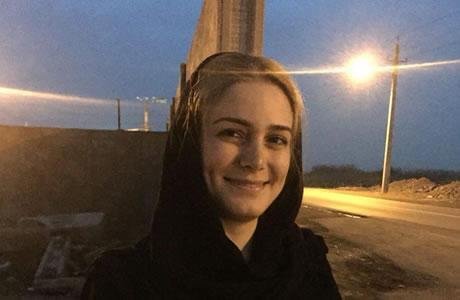 Iran: Arbitrary arrest of Maryam Shariatmadari and her mother

Maryam Shariatmadari was beaten up and arrested by security forces in Shahr-e Ray along with her mother on Wednesday, April 25, 2018.

Nasrin Sotoudeh, her lawyer, announced on Wednesday that her client had been violently arrested by security forces in Shahr-e Ray, along with her mother, Mitra Jamshidzadeh. She was taken, blindfolded, to an unknown location.

Ms. Jamshidzadeh was abandoned in a deserted area after midnight on Wednesday.

Maryam Shariatmadari was detained for two days and released on Friday, April 27, 2018.

Ms. Shariatmadari had been arrested on February 23, 2018, for protesting the compulsory veil. She was later tried in Tehran on March 17, 2018, and sentenced to one-year imprisonment for doing so. Her lawyer was informed of the ruling on March 25, 2018.