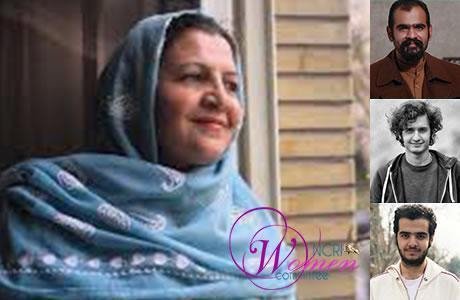 Public opinion pressure finally led to hospitalization of Shokoufeh Yadollahi where she had a CT Scan. However, she was returned to Qarchak Prison without undergoing any treatment.

The CT Scan confirmed that the prisoner of conscience Shokoufeh Yadollahi had completely lost her sense of smell.

Ms. Yadollahi, a Gonabadi Dervish whose three sons are also incarcerated, is in dire physical condition.

She was arrested on February 20, 2018, during the clamp down on the protest of Gonabadi dervishes in Tehran. She was badly beaten in the head and injured. Despite passage of more than two months, she has been denied much needed medical services.

Ms. Yadollahi was initially released along with a number of other women, but the inspector ordered her re-arrest upon finding out that she was the mother of activist dervish, Kasra Noori.

Subsequently, he set a bail of 100 million toumans for Ms. Yadollahi’s temporary release.

Iran: Arbitrary arrest of Maryam Shariatmadari and her mother