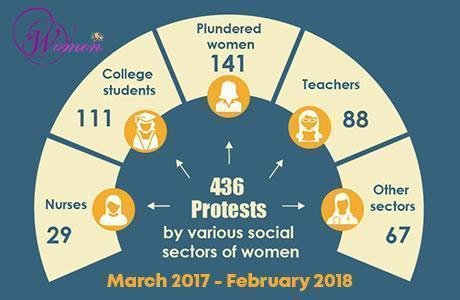 Women once again took to the streets and held a sit-in to protest being robbed by corrupt financial institutes in Iran.

The sit-in was held in Tehran’s Argentine Square where women had a prominent and active presence. The blocked one line of the street and demanded their assets swindled by the Iranian banks and credit institutes.

Plundered women have participated in at least 141 protests last year and in dozens more since the beginning of the Iranian New Year since March 2018.