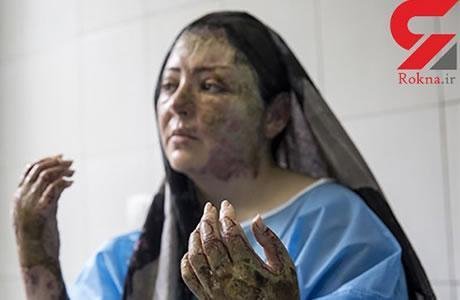 For the second time in a month, another woman was splashed with acid in Tabriz, capital of the northwestern province of East Azerbaijan.

The woman called Maryam has been burned in the face and hands. The assailant was her husband who poured one liter of acid on her.

Maryam covered her face with her hands, so her face has not suffered deep injuries but her hands are in horrible conditions. She needs to undergo several surgeries. (The state-run ROKNA news agency, April 29, 2018)

Every year, dozens of women become victims of acid attacks in Iran. The assailants, however, are freed from jail and not punished.

In 2015, a wave of state-backed acid attacks on women was carried out in Tehran and Isfahan against women who were accused of not properly covering themselves, as part of an anti-vice campaign. The assailants were never arrested or punished. This led to common use of acid in cases of personal revenge.

The bill proposing criminalization of violence against women has been waiting in the mullahs’ parliament for ten years without being examined and adopted.