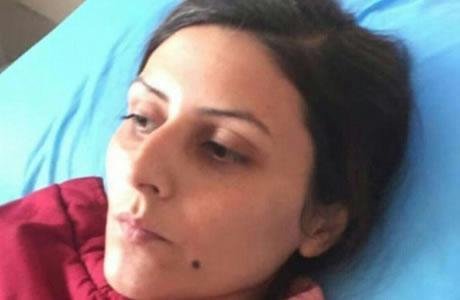 Political prisoner Golrokh Ebrahimi Iraee has been returned to the notorious Qarchak Prison, in Varamin, without completing her medical treatment.

Ms. Iraee was returned to Qarchak Prison on Sunday, April 29, 2018, after breaking her hunger strike on April 24, upon extensive appeals by other political prisoners and human rights activists.

She had been told by officials that she would be granted her demand and returned to Evin’s Women’s Ward if she broke her hunger strike. Ms. Iraee did not believe the promise, saying it was a lie.

After 81 days of hunger strike, Golrokh Iraee is suffering from muscle cramps and weakness but she has been returned to Qarchak where she cannot receive proper medical care.