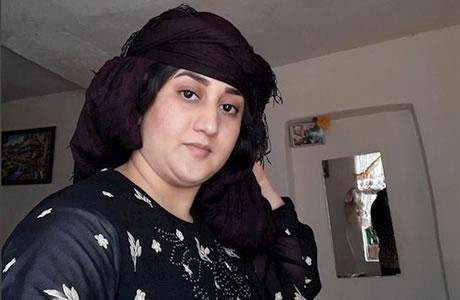 Iran: Young woman killed herself to protest execution of her uncle

In an act of protest, a young woman, the neice of a death row political prisoner in Iran, took her own life.

Nishtman Hossein Panahi, niece of Kurdish political prisoner Ramin Hossein Panahi, committed suicide on Tuesday, May 1, 2018, after she learned that her uncle had been transferred to solitary confinement to be prepared for execution.

She was 25 and with a 4-year-old child. Nishtman’s husband is also imprisoned on a 5-year sentence on the charge of “anti-government propaganda.”

The act of protest by Nishtman has moved the Iranian community all across the world and further outraged the public against the Iranian regime, the world record-holder in per capita executions.

Political prisoner Ramin Hossein Panahi, 24, has been transferred to the quarantine of the Prison of Sanandaj, capital of the Iranian Kurdistan. He was arrested by the IRGC counter intelligence forces in July 2017 and sentenced to death for acting against national security and membership in Koumeleh, a dissident Kurdish group.