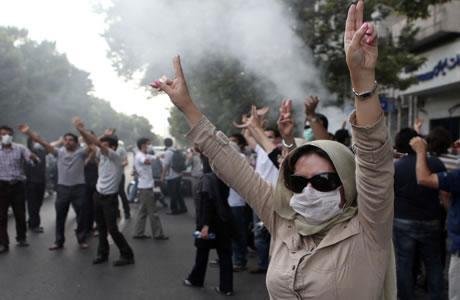 Decrees for eight of those arrested during the Iran uprising in December and January, including two women, were issued by the Criminal Court of Tonekabon, in Mazandaran Province in northern Iran.

Fatemeh Dinar Saraii, 25 from Tonekabon, was arrested on January 1, 2018, and charged with disruption of public order through taking part in illegal gatherings. She resides in Tonekabon and is unemployed. She was temporarily released on bail bond until her court trial.

Mahin Taj Ahmadpour, 45 and a peddler who resides in Tonekabon, was also arrested on January 1, 2018, for taking part in illegal gatherings and disrupting public order. She was also released temporarily on bail until her court trial.

All of those arrested in this case were from low-income sectors and engaged in jobs such as peddling, planting stones, shoe making or were unemployed.

It is said that they were physically and mentally mistreated during their arrest and interrogation.

Iran: Pressure by Dept. of Intelligence led to Nishtman’s suicide