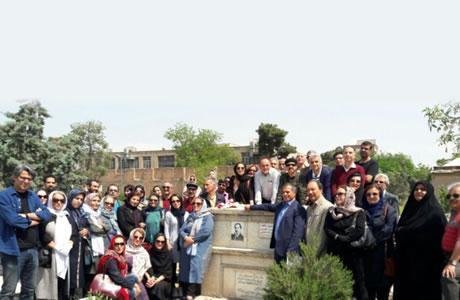 Iran: Women partake in symbolic protest against situation of teachers

Women teachers actively took part in an act of protest organized by the side of the grave of the great freedom-loving poet of Iran, Mirzadeh Eshghi.

A group of teachers and trade activists held a symbolic act at the grave site of Mirzadeh Eshghi, the freedom-loving poet who was assassinated on the order of the Chief of Police when Reza Khan was Prime Minister.

The teachers participating in the ceremony held placards against the situation of teachers and the Education Ministry staff and their poverty under the mullahs’ rule.

Iran: Women protest ban on their entry to stadium in Qa'emshahr