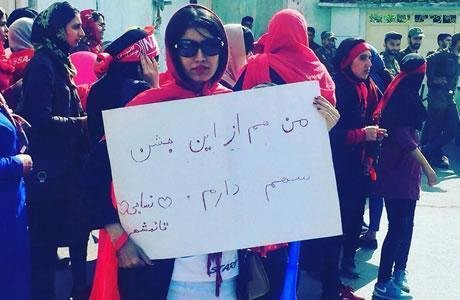 Iran: Women protest ban on their entry to stadium in Qa’emshahr

State security forces prevented women from entering Qa’emshahr’s stadium, to take part in the celebration of the victory of the city’s Textile Factory football team.

The people of Qa’emshahr held a celebration in the city’s stadium on May 2, 2018, to honor the Textile Factory’s team who had won its way to the higher league. Security forces, however, did not allow young women and girls participate in the celebration inside the stadium.

The women of Qa’emshahr did not back down and celebrated the victory outside, chanting and sounding their horns in protest to the restriction imposed on women. They chanted, “(Entering the) stadium is our inalienable right.”

The State Security Force’s pulling down of a young woman who was climbing a post to see what is happening inside, faced the public’s protest.