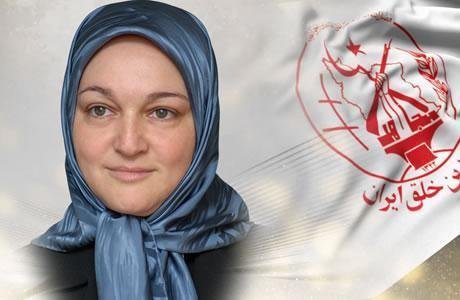 Marzieh Rezaii, a senior member of the PMOI Central Council, passed away early morning on Friday, May 4, 2018, in Albania after a long struggle with cancer.

Marzieh Rezaii was born in Tehran in 1968 to a middle class family. She was the ninth member of the Rezaii family to give her life for Iran’s freedom after three decades of struggle.

Her elder brothers Ahmad, Reza and Mehdi Rezaii were among the iconic symbols of anti-Shah struggle and the PMOI whose martyrdom at the hands of the Shah’s regime raised awareness among the Iranian public and contributed to the revolution that eventually toppled the Shah in 1979.

One of her sisters was executed by the Shah’s regime and her mother and other sisters arrested and jailed for considerable amount of time during which she had to help take care of her younger sisters and brothers.

Having grown up in a family with a high political and social awareness, she got involved the freedom movement since very young age. She was deeply dedicated to her cause and very energetic. Her happy spirit always boosted the morale of her comrades in all circumstances.

Her sisters, Azar and Mahin Rezaii, were killed at the hands of the clerical regime.

Marzieh Rezaii always braved the difficulties. She was among the volunteers who participated in two long hunger strikes in camps Ashraf and Liberty, one was 70 days long after the Iraqi regime’s attack on Ashraf in July 2009 at the behest of the mullahs, and the second one lasting 92 days in Camp Liberty after IRGC-backed Iraqi mercenaries massacred 52 residents of Ashraf on September 1, 2013.

Marzieh’s tremendous courage, patience and high spirits in dealing with her malignant cancer was also iconic. She did not let anyone understand that she is in pain such that many thought she is getting better. Marzieh never gave up hope or surrendered to her severe illness.

Condolences to her family, comrades and friends for her loss. She will remain forever in the hearts of Iran’s freedom-lovers. May she rest in peace.