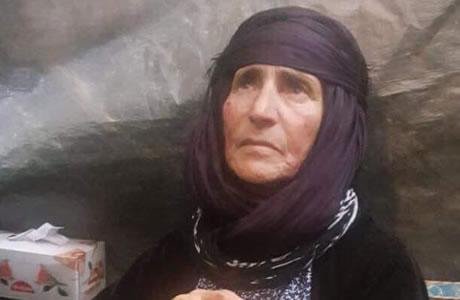 Mrs. Dayeh Sharifeh, mother of Iranian death-row political prisoner Ramin Hossein Panahi, called for an open trial for her son and challenged the Revolutionary Guard Corps’ charges against him.

Ramin Hossein Panahi is a Kurdish political prisoner sentenced to death. He was schedueled to be executed on Thursday, May 3, 2018, but was returned from solitary cell to the general ward of the Central Prison of Sanandaj and implementation of his death sentence was postponed after an extensive international campaign to stop his execution. His niece, Nishtman Hossein Panahi, committed suicide on May 1, 2018, under pressure from the Intelligence Department of Sanandaj and in protest to the death decree for her uncle.

In a message published in social media on May 3, 2018, Mrs. Dayeh Sharifeh said:

Since the first day when Ramin was arrested, we demanded that his trial be open. Ramin is absolutely innocent. He has never been armed at any time. He had come to Sanandaj just to visit me. Now if the Justice Ministry is telling the truth, they should also disseminate what Ramin and I have said. They must prove that Ramin was armed. These false charges have been levelled by the IRGC to cover up their own crimes by sending Ramin to the gallows.