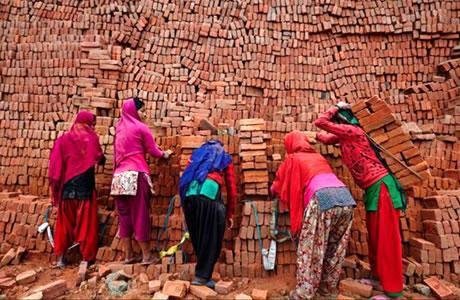 A state official confessed to the catastrophic conditions of women workers in the Province of Qazvin, northwestern Iran.

Fatemeh Pourno, Secretary of the Union of Women Workers in Qazvin (a state institution), confessed to a small part of the catastrophic conditions of women workers in this province in an interview with the official IRNA news agency on May 3, 2018. These conditions are, of course, not limited to just one province. In this interview, Pourno said:

Women workers work in step with men in production units, but do not receive equal wages.

They are not aware of their legal rights. Therefore, they are not even aware if their insurance has been considered in their payrolls. But they do not file any complaints in this regard since they fear being fired by their employers.

Sometimes, employers mistreat women workers for the smallest flaw in their work.

Most of the women in the workers’ community are heads of household. They face long working house but are deprived of many rights and benefits.

There are many young women who have to work in the production units to help decrease financial pressure on their family and assist their parents. They have to bear with the harsh work conditions in the workshops and factories. (The official IRNA news agency – May 3, 2018)