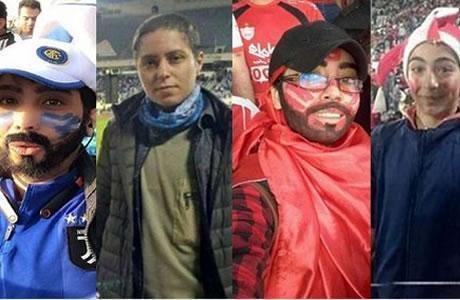 Several women were identified and arrested while attempting to enter a stadium in Khorramshahr (southwestern Iran) with men’s makeup.

The women were supporters of one of the top Iranian football teams, Esteghlal. They had attempted to enter the stadium by wearing men’s makeup on Thursday, May 3, 2018, to watch championship of their favorite team but were identified and arrested. (The state-run Aftabnews.ir, May 3, 2018)

On the previous day, in Qa’emshahr, Mazandaran Province in northern Iran, the State Security Force prevent women from entering and taking part in the victory celebration for the Textile Factory team in the stadium. The SSF’s insulting and violent treatment of a young woman who had climbed up a light post to watch the event inside outraged public opinion in Iran and around the world.