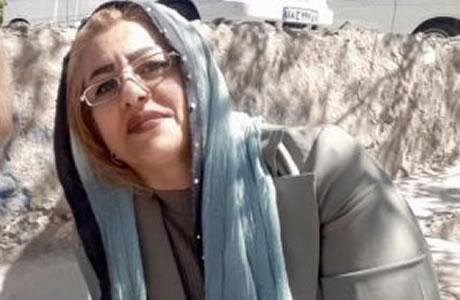 The woman who was witness to the Guidance Patrols’ beating of a young woman in a park in Tehran, has been summoned repeatedly, interrogated and beaten up.

Ms. Hassanabadi, 47, witnessed the beating of Nastaran, a sick girl with a heart condition, by the Guidance Patrol. Ms. Hassanabadi was beaten herself.

She has been summoned repeatedly since that day to the notorious Vozara Detention Center, and beaten under interrogation.

Ms. Hassanabadi says the actual scene was much worse than what can be seen in the video clip.

According to Ms. Hassanabadi, the Guidance Patrols held Nastran by her braided hair and dragged her on the ground.

Disturbed by this inhuman behavior, Ms. Hassanabadi intervened to save Nastaran but was herself brutalized so much that her coat was torn apart.

On Wednesday, April 18, 2018, a video clip went viral on the internet which showed the Guidance Patrols in Tehran viciously attacking a few young women in a park, beating and shoving them around. One of them suffered from a heart condition and went unconscious as a result of the beatings.