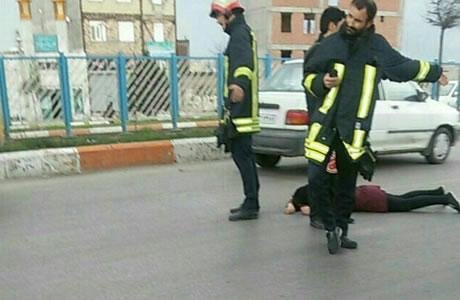 A young woman jumped from a bridge in Ardebil, northwestern Iran, to take her own life.

The suicide attempt took place on May 4, 2018, on Daneshabad Bridge of Ardebil. The young woman was seriously wounded.

The serial suicide attempts of youths in Azerbaijan have been on the rise recently and caused great concern among Azeri families.

There has been an unprecedented rise in recent years in the number of Azeri women who have committed suicide. Experts say prevalent despair, unemployment, poverty and economic problems, addiction and family problems are among the most common reasons for suicide in Iran.

In November 2017, Yousef Khodadadi, deputy for prevention of crimes at the Justice Department of Ardebil, warned against the rising rate of crimes due to unemployment in the province and said, “Social ailments threaten youths in this province.”