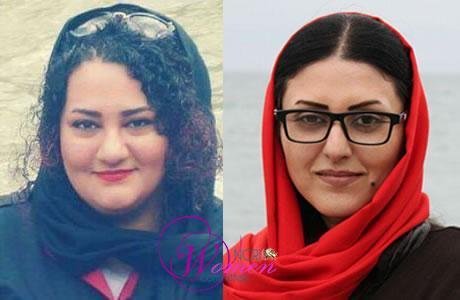 After three months of resistance and hunger strike, political prisoners Golrokh Ebrahimi Iraee and Atena Daemi compelled the clerical regime to give in to their demand and return them to Evin Prison on May 10, 2018.

Mr. Hossein Daemi, father of Atena Daemi, confirmed the news in a tweet on Saturday, May 12, 2018. He said his daughter is seriously ill suffering from kidney and GI problems and her face is numb. She is in urgent need of medical care.

This is a major victory achieved after 81 days of resistance and hunger strike by Golrokh Iraee and Atena Daemi. They started their hunger strikes on February 3, 2018, in protest to their unlawful transfer to the notorious Qarchak Prison on January 24, 2018, in breach of the principle of separation of different categories of prisoners.

Ms. Daemi, who had been on a previous hunger strike for 54 days in April and May 2017, ended her hunger strike on February 15, 2018, due to her serious physical condition and on widespread appeals by human rights activists. Ms. Iraee, however, continued her strike until April 24, 2018, and resisted until she was no longer able to walk or stand up.

Ms. Iraee was returned to Qarchak Prison from hospital without completion of her medical treatment.

Finally, on May 10, 2018, the clerical regime had to give in to their demand and return them to Evin in the face of resistance and perseverance of these courageous women and the wave of domestic and international solidarity with them.