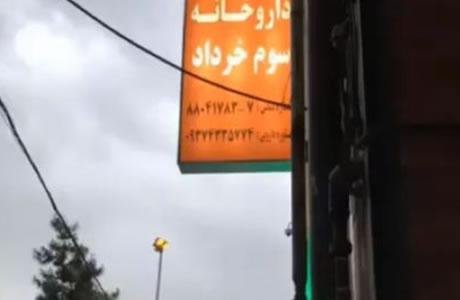 A Tehran pharmacy refused to sell medicien to a woman suffering from cancer under the pretext of mal-veiling.

Thursday, May 10, 2018, the Sevom-e Khordad Pharmacy did not sell medicine to a cancer patient, claiming she had not properly covered her hair.

The patient’s daughter cried out in protest, but her protest went unheeded.

On April 23, mullah Sadegh Amoli Larijani, head of the Judiciary Branch, stressed in a speech, “No one should be allowed to resist against law enforcement by the State Security Force. The SSF will not take even one step back.” (The state-run ISNA news agency, April 23, 2018)