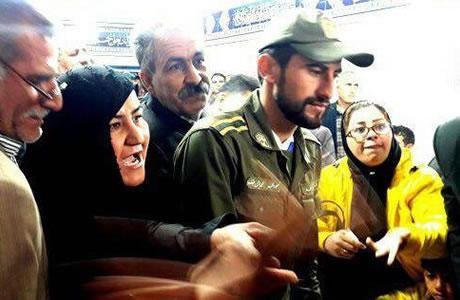 The residents of cities and villages hit by earthquake in Kohgiloyeh and Boyerahmad Province (southwest of Iran) staged a protest on Saturday, May 12, 2018, with active participation of women.

This is the second time that women and men from areas affected by earthquake in this province protest against not receiving any government assistance and for not having the minimum life necessities after their houses were damaged by the earthquake. They gathered outside the Boyerahmad’s Governorate.

One of the protesting villagers said, “Our houses have suffered severe damages due to earthquake and are no longer suitable for living, but no government official is thinking of us. We don’t have any tent or temporary place to live and it is not clear how they are distributing these stuff. It has been several days that our families are staying out of the house at nights in open air in bad climate.”

Several earthquakes, between 4 and 5.2 on the Rischter scale, have hit the province from Wednesday, May 2, to Sunday, May 13, inflicting damages on properties in the cities and villages. Hundreds have been injured.