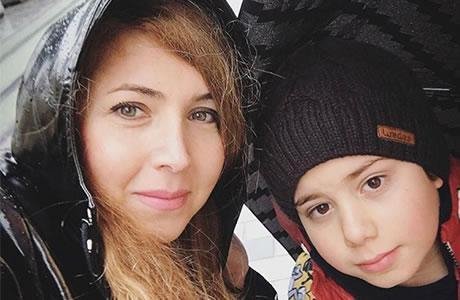 A woman who has been arrested and detained for the second time in an extrajudicial measure for protesting the compulsory veil, started a hunger strike.

Ms. Shaparak Shajarizadeh was arbitrarily arrested on May 8, 2018, along with her 9-year-old son in the city of Kashan, central Iranian province of Isfahan.

His son was freed several hours later but she is still in captivity.

Ms. Shajarizadeh is going to stand trial at Branch 1089 of Tehran’s Penal Court on June 10, 2018, on the charge of “violating (the compulsory) veil” and “promoting corruption.”

Iranian women immediately face violent arrest and detention if they do not comply with the compulsory veil and dress code, while those who have assailed women with acid and those who steal from people in corrupt financial enterprises are never punished and remain at large.

The Women’s Committee of the National Council of Resistance of Iran strongly condemns the arrests of Iranian women and girls under the pretext of mal-veiling and for protesting the compulsory veil; it urges international organizations and authorities defending human rights and women’s rights to take urgent action for the immediate and unconditional release of these women.

In her visit to the Council of Europe in Strasbourg in January 2018, the NCRI President-elect Maryam Rajavi called on EU member states to adopt effective measures and binding decisions to compel Iran’s ruling religious fascism to end subjugation of women and abolish the compulsory veil.