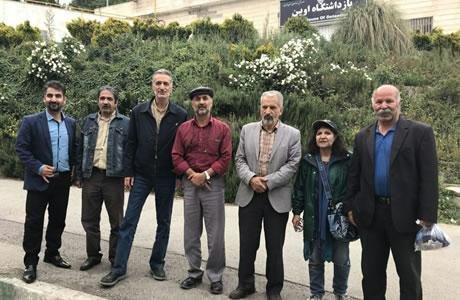 Use of violence against the peaceful gatherings of teachers on Thursday, May 10, 2018, which led to the arrest and detention of a number of teachers’ rights activists was so disgraceful that it aroused criticism in the mullahs’ parliament and was reported in the state-run press.

Fatemeh Saeedi, MP from Tehran, told an open session of Majlis on Sunday, May 13, “The peaceful gathering of teachers in protest to their horrible living condition turned violent because of aberrant intervention in disregard for Article 27 of the Constitution, and a group of protesters were arrested.”

“During the events in December and January where various strata of people played a role in them, it was emphasized that the people’s complaints must be listened to,” Saeedi added. “Today, as a teacher, I would like to use this podium so that the voice of teachers is heard… Is it wise to beat and arrest a teacher who is only demanding improvement of their living conditions and the quality of education?” (The state-run SalamatNews.com – May 13, 2018)

Teachers held protests in at least 32 cities across Iran on Thursday, May 10, 2018. Security forces used violence in dealing with the teachers’ gathering in Tehran which led to the injury and arrest of some participants.