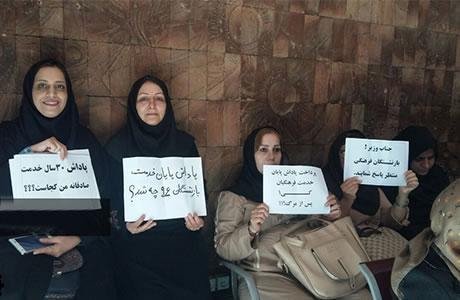 A large number of women were among the teachers and retired Education Ministry staff who had converged from around the country outside the Education Ministry in Tehran, on Sunday, May 13, 2018. They demanded their bonuses and rewards after 30 years of service.

On the same day, the laid-off employees of the IRGC-backed Caspian Institute in Mashhad, including a number of women, gathered in protest outside the General Department of Labor and Social Welfare in Khorassan Razavi Province.