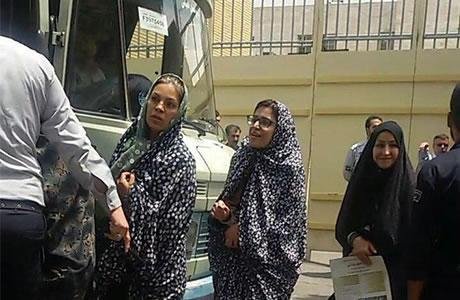 Eleven detainees including a woman arrested in Arak during the Iran uprising in December 2017- January 2018 appeared in court.

Neda Yousefi and ten others faced trial on the charge of “disrupting public order” at branch 102 of the Penal Court of Shazand, Arak, on Monday, May 14, 2018.

More than 8,000 people were arrested during these nationwide protests a number of whom were temporarily released until their trial time and others are still in jail.

In another development on the same day, at least 70 Gonabadi (Yaresan) dervishes including a number of women faced trial in the so-called revolutionary courts. Most of them were indicted of “acting against national security” charges including through “gathering and collusion against national security”, “defying law enforcement agents”, “disrupting public peace and order” and in some cases “membership in Majzoban Noor (Gonabadi dervishes group).”

It was earlier reported that eight Yaresan women inmates were taken to court from the notorious Qarchak prison without any lawyer companying them.