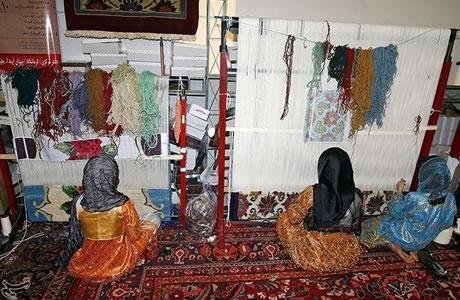 Iran: 70% of carpet weavers are women, majority are heads of household

70% of carpet weavers in Iran are women and a large percentage of them are heads of household.

In an interview on May 16, 2018, Abdollah Bahrami, the CEO of National Union of Hand-woven Carpet Producers, said: “Women constitute the majority of carpet weavers in Iran and if we want to put it in percentages, they form 70% of the weavers.”

“The number of country’s carpet weavers used to be two million. Because they were not treated fairly, this number shrank to one million, only 320,000 of whom have insurances. The insurance was supposed to cover the one million left by March 2020. Not only this will not happen but 150,000 persons have already lost their insurances,” Bahrami noted.

He continued, “A large percentage of these carpet weavers are women heads of household. So, how can they be supported and their future be guaranteed? Only with this insurance. More than 150,000 families have lost their support while many of them are these women. They have lost their money and also have no security.” (The state-run ILNA news agency- May 16, 2018)

Iran: Women’s addiction has risen to 12 per cent